Following our previous note, we give here another application to Brouwer’s topological degree, namely Jordan curve theorem. More precisely, our main theorem is:

be two homeomorphic compact subspaces. Then

has the same number of connected components.

As a corollary, we immediatly get:

be a bounded open subspace,

denote the bounded connected components of

Proof. First, we show that all but finitely many terms of the previous sum are zero.

is the unbounded connected component of

, there exists a finite subset

Now, we prove the lemma when

is a regular value of 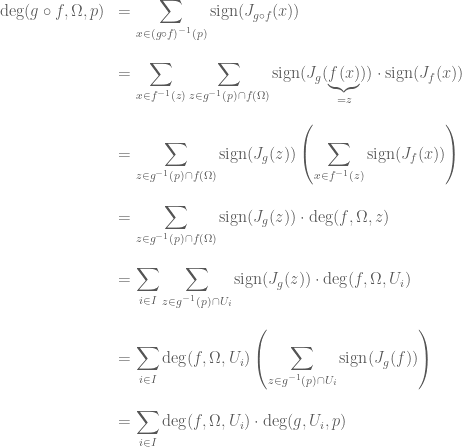 From now on, we suppose that

be a regular value of

, we get using the previous argument 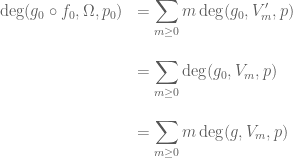 ) be the bounded connected components of

be a homeomorphism. We may extend

) into a continuous map

denote the bounded connected components of

can be written as a disjoint union of 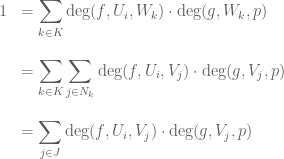 With a symmetric argument, replacing

respectively, we get (where

To conclude, it is sufficient to write

Just for pleasure, let us conclude with an application of the product formula:

be an even integer. Then

is the only group acting freely by homeomorphisms on the

Proof. For all continuous map

is a continuous extension of

on the closed unit ball of

does not depend on the extension

According the product formula, if

is a group of automorphisms of

, we deduce by homotopy invariance that

has no fixed point. However, if the action of

has a fixed point, so the kernel of

is a subgroup of